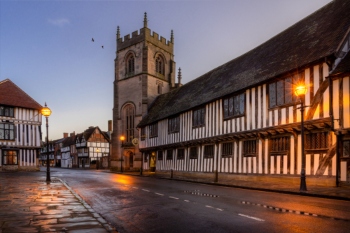 Stratford-on-Avon and Warwick DCs have revealed proposals to merge by 2024.

Members at both authorities will be asked to give the green light to unite as South Warwickshire Council by the end of the month.

The councils already share heads of service in four departments and have collaborated over a waste collections contract.

A report by Deloitte said a ‘super-district’ could produce annual savings of £4.6m after five years and bring economies of scale.

He said: ‘When we try to make a budget without cutting services we have to be as creative as possible.

‘Local government hasn’t been reorganised in the county for 50 years or so - there’s a lot of sense in coming together.’

Stratford-on-Avon’s leader, Cllr Tony Jefferson, added: ‘The Deloitte report clearly identifies that there are significant benefits from our two authorities continuing to integrate.

'Without this there would be even more challenging decisions required from both authorities.’