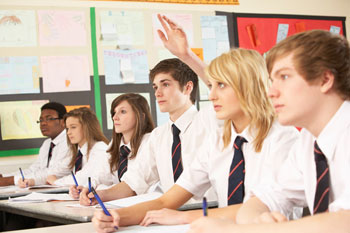 A campaign to boost secondary school attendance in Nottingham by offering pupils the chance to go to an exclusive pop concert has won three national awards.

The Get In:volved campaign, which ran during the Autumn 2014 term and was organised with Capital FM, invited classes with the best overall attendance from six schools to watch a special VIP performance by pop group Neon Jungle at the Glee Club in Nottingham on 15 January.

It also picked up top prizes at the Municipal Journal Awards in June and the Media Week Awards in October.

‘This ongoing national praise for our attendance campaign is recognition that we are trying to do things differently in Nottingham. We are coming up with new ways to work collectively with schools, academies and media partners like Capital FM to give our pupils an additional incentive to be in school. And it’s working!’

Latest figures from the Department for Education show that Nottingham continues to narrow the gap nationally on overall absence, which in Nottingham fell from 5.1% in 2013/14 to 4.8% in 2014/15, compared with an increase nationally from 4.4% to 4.5%.

The campaign is running again over the Autumn 2015 term with nine secondary schools in the City, who are competing for a place at a concert with Professor Green.