Crisis call for return of Everyone In 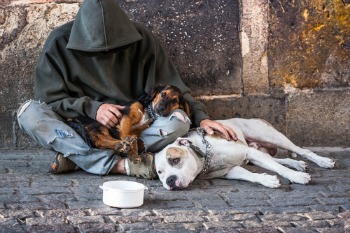 The chief executive of homelessness charity Crisis has called for ring-fenced funding for councils to provide COVID-safe accommodation for anyone at risk of rough sleeping.

Ahead of a new lockdown tomorrow, Jon Sparkes called for a return to the Everyone In policy in England.

However, the Government is not expected to reintroduce the policy.

Labour’s shadow housing secretary, Thangam Debbonaire, said: ‘Everyone In was an incredible achievement by councils and charities in March, which saved hundreds of lives.

‘Since then, more people have continued to arrive on the streets.

'We urgently need leadership from central government to protect rough sleepers from a cold, dangerous winter by re-starting Everyone In.’

Boroughs in London, which accounts for two-thirds of all homelessness in England, are braced for a rise in rough sleeping.

'The Government needs to give councils the resources we require to support every homeless Londoner this year.

'Nobody must be left behind.’

The Ministry of Housing, Communities and Local Government is expected to make a public statement on updated plans for homelessness and rough sleeping before the end of the week.