Council warns financial details of 6,000 people have been hacked 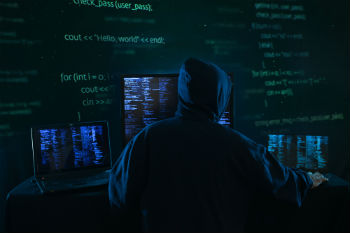 The financial details of up to 6,000 people have been illegally accessed, a London council has warned.

Lewisham Council said a hacker has accessed an IT storage portal which was being used for data analysis as part of a homelessness project.

It has reported the breach to the police, but said there is no evidence there has been ‘inappropriate’ use of the data.

A statement from the council said: ‘We can confirm that there has been unauthorised access to an IT storage portal being used by our digital team for data analysis as part of a homelessness project. We were first made aware of this on 24 April 2018.

‘The portal is outside our IT network, which remains secure, and the core IT system is unaffected. The portal was being used to store some financial and personal data relating to residents of the Lewisham borough.’

The council said it would contact all those affected by the breach and has already tightened up its security controls.

Ian Thomas, chief executive of Lewisham Council, said: ‘Residents using our services are our highest priority. We sincerely regret this matter and are fully committed to doing everything we can to support those who may be affected.’