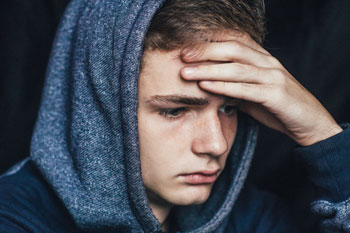 Local authority leaders have warned that social services are seeing more than 560 cases of children with mental health disorders every day – an increase of more than 50% in just four years.

Ahead of the LGA’s Annual Conference in Bournemouth this week, council chiefs are warning of a ‘children’s mental health crisis’ and calling on the Government to inject some cash into children’s services.

Over the past decade, councils have lost 60p out of every £1 they had from central Government to run services.

This slashing of budgets has hit children’s services, which face a £3.1bn funding gap by 2025. Public health services, which support a child’s early development, have also seen cuts of £700m over the last five years.

These cuts have forced nine in 10 councils to overspend their children’s social care budgets.

According to the LGA, there are currently 75,420 children in the care of councils. Since 2010, local authorities have also overseen a 84% increase of children on child protection plans.

‘Councils strive to make sure that every child gets the best start in life and is able to go on and live a healthy, safe and prosperous life,’ Cllr Anntoinette Bramble, chair of the LGA’s Children and Young People Board.

‘It is clear we are facing a children’s mental health crisis, and councils are struggling to provide the support young people so desperately need.’

‘Significant funding pressures in children’s services and public health mean many councils are being forced to cut some of the vital early intervention services which can support children with low level mental health issues and avoid more serious problems in later life,’ she continued.

‘It is absolutely vital that the Government adequately funds these services in this year’s Spending Review, so we can tackle this urgent crisis and make sure children get the help they need.

‘It is the least they deserve and the consequences of not tackling this crisis now can be devastating for young people and their families.’