Bonanza Budget claims councils have the largest rise in a decade 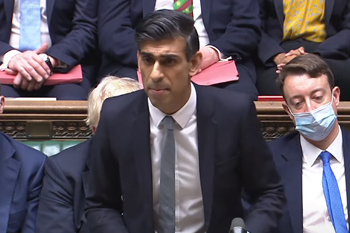 Chancellor Rishi Sunak has unveiled a Budget and spending review he claimed will deliver the high skill, high wage economy promised at the Conservative Party Conference.

In his statement to Parliament – much of which had been widely trailed – Mr Sunak said he was providing councils with £4.8bn of ‘new grant funding’ for the three-year period, ‘the largest increasing in core funding for more than a decade’, he said.

However, the option of high council tax rises to relieve local authority spending pressures did not materialize. The spending review documents also revealed councils will be able to increase council tax by 2%, with a further 1% social care precept for the relevant authorities.

The chancellor also revealed a raft of measures to relieve the pressure of business rates on struggling firms, including a new ‘investment relief’ and a 50% business rates discount for retail, hospitality and leisure. But there was no hint at the future for business rates reform, leaving local government without a plan for its long-term finances.

Expected rises to the national living wage and lifting the pay freeze on public sector pay were also announced – as was a new system of alcohol duty which taxes drinks by strength. A planned rise of fuel duty was cancelled while a lower air passenger duty will be applied to domestic flights from 2023.

Pre-announced spending plans for transport and health went ahead, with money to tackle the NHS backlog and provide better transport links in the regions. There was £11.5bn to build affordable homes, £540m for family hubs, and increased cash for homelessness.

Instead of reinstating the Universal Credit uplift, the chancellor announced an 8% cut in the taper from 63% to 55%.

Overall it was a bonanza budget, with increases in spending across every department, funded by better than expected economic results.

According to the Office for Budget Responsibility, the economy is now expected to return to pre-COVID levels by the end of the year, with growth predictions now up from 4% to 6.%.

The chancellor also revealed a new set of fiscal rules. He vowed to make borrowing only for investment purposes, not revenue expenditure ‘in normal times’, while underlying public sector net debt must continue to fall.

Despite a raft of generous spending commitments, the chancellor told the House of Commons: ‘My goal is to reduce taxes.’