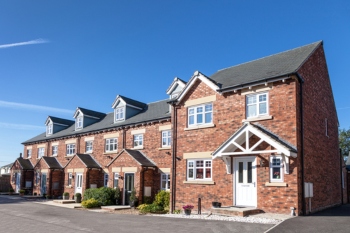 The chancellor has today announced £11.5bn to build up to 180,000 new affordable homes, calling it the largest cash injection in more than a decade.

In his Budget and Spending Review announcement, Rishi Sunak outlined investment in housing worth nearly £24bn.

The package includes the £1.8bn already announced to deliver new homes on 15,000 hectares of brownfield land. Earlier this month 53 councils were awarded nearly £58m from the Brownfield Land Release Fund to deliver an extra 5,600 homes on derelict land.

Peter Hawthorne, chief executive of LCR, called on the Government to combine efforts to bring forward brownfield land with the planned transformation of regional transport hubs.

'When ironing out the practicalities of the £1.8bn brownfield fund, the opportunities available on transport-linked land should not be overlooked. There is space for tens of thousands of homes on brownfield sites surrounding the UK’s railway network,' he said.

Mr Sunak also said a new tax on property developers would help pay for the removal of unsafe cladding.

He said: I am also confirming £5m to remove unsafe cladding from the highest risk building, partly funded by the residential property developers tax.’

The tax will be levied on developers with profits over £25m at a rate of 4%.

Mary-Anne Bowring, group managing director at Ringley Group, commented: ‘A blanket tax on developers is fairer than leaving leaseholders to shoulder the burden but it is still a blunt instrument to use to fix the cladding crisis.

’Fundamentally, accountability should fall squarely on those who overlooked the potential hazards of unsafe cladding in the first place.’

He said: ‘We’ve reduced rough sleeping by a third but we will go further with £640m a year for rough sleeping and homelessness - an 85% increase in funding compared to 2019.’