Councils’ use of LED street lighting may need to be managed to reduce its impacts on the environment, according to new research.

A study by the University of Exeter found that predatory spiders and beetles were drawn to grassland patches lit by LED lighting at night, potentially impacting on other species.

However, the number of species affected was significantly reduced when the lights were dimmed by 50% and switched off between midnight and 4am.

Many highways authorities are changing to LED lighting but its increasing use worldwide has led to concerns about its effects on plants and animals.

‘We are making fundamental changes to the way we light the night-time environment, with potentially profound consequences for a range of species,’ said Dr Thomas Davies of Exeter University's Environment and Sustainability Institute.

‘Our research shows that local authorities might be able to manage LED lighting in a way that reduces its environmental impacts. We now need to establish whether this is the case for a greater variety of species.

He added: ‘Without appropriate management, our results suggest that the growing use of LED lighting will have impacts on the abundance of predatory invertebrates, potentially leading to knock on effects for other species in grassland food-webs.’

The researchers compared the ecological impacts of a range of lighting strategies being used by councils to save money and cut CO2 emissions, including changing the spectrum of colours produced by the lights, dimming them and switching them off from midnight to 4am. 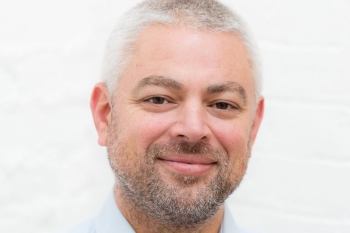 Dave Mann argues that trust, transparency and usability will be key to creating good digital public services in a new world.