What does High Speed Rail really mean to you? 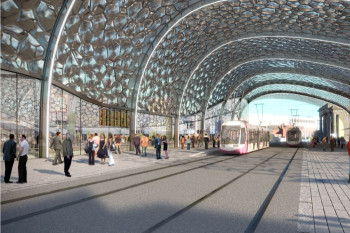 At the start of 2017, Royal Assent was given to phase one of high-speed two, which runs from London to Birmingham. With the first train not arriving until 2026, what benefit is HS2 to the average West Midlander?

When people think of HS2 they automatically think of the improvement it brings to people travelling to London, shorter travelling times and a big increase in the number of seats. In reality, these benefits are inconsequential to the vast majority of the four million people that live in the Combined Authority.

However, it would be wrong to assume that HS2 will not impact positively on the lives of those who live in the region. In truth, people will benefit from HS2 both directly and indirectly, and the positive impact is already being felt across the West Midlands.

HS2 itself is a multi-billion pound investment into the West Midlands, and a facilitator for increased investment as the region becomes more attractive, increasing our competitiveness against other regions across the UK.

People arriving in the region will be welcomed at one of two new stations, the HS2 Interchange in Solihull and the new Curzon Street Station in Birmingham. Both of these are unlocking large areas of land for redevelopment; providing much needed new homes, increasing office space and creating new leisure and retail opportunities, all of which will improve the environment for people who live, work, or visit these areas. Together the plans for wider development around the two stations will create more than 71,000 jobs, approximately 1.3m sqm of new employment space, more than 7,000 new homes and an economic uplift greater than £3bn.

The new National College for High Speed Rail opened its doors in September 2017 and is now training the next generation of engineers and rail experts that HS2 will require. The new £40m institution will oversee 1,300 students annually once it is at full capacity.

Once HS2 is complete, including phases 2a & 2b, linking the region directly to the North West and Yorkshire, as well as improving journey times to the North East and Scotland, the West Midlands will sit at the centre of the high-speed network. This position places the region in an enviable position when it comes to attracting businesses looking for a new home, evidenced by HSBC’s decision to open its new UK head office in Birmingham, an investment of more than £200m.

The employment opportunities created by HS2 are much more than those on the railway. Of course, we will need train drivers and station staff, as well as the highly trained personnel at the new control centre and maintenance depot being built in East Birmingham. However, these are not even the tip of the iceberg – in total more than 100,000 new jobs will be created by the project.

First of all, we have to build the track, the depot, new stations, the new developments, and all the improvements in transport connections to allow people to access them. This requires designers, engineers, construction workers, professional services, creating tens of thousands of jobs right here in the West Midlands – not in 2026 but right now. Already there are more than 1,200 people working at HS2’s head office at Snow Hill, jobs that didn’t exist a decade ago.

The next 10 years will see Europe’s largest infrastructure project being delivered on our doorstep and this means unprecedented opportunities across a range of industries for people in the West Midlands to advance their careers, retrain or get back into work. 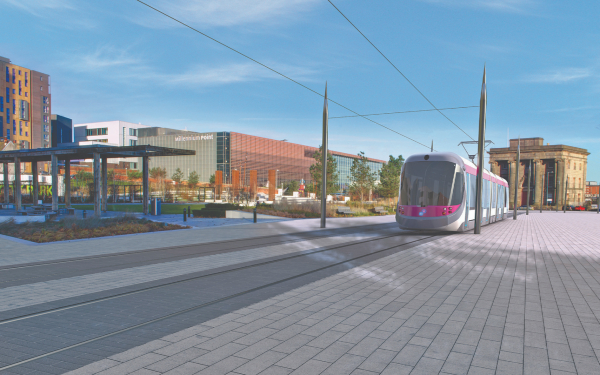 Once complete, HS2 will bring Manchester, Leeds and London within an hour of the region but the impact across the region is just as great. The Combined Authority’s HS2 Growth Strategy contains approximately £1.2bn of transport connectivity investment to be delivered by 2026.

This will include the Birmingham Eastside Metro Extension; 1.7km of twin track running from Bull Street to a new terminus at High Street Deritend, with four additional tram stops serving the East of Birmingham City Centre. This includes a new bus interchange adjacent to Clayton Hotel Birmingham to provide an efficient bus, Sprint and coach interchange with HS2. There will also be an extension of the Metro from Wednesbury to Brierley Hill. This will include 17 tram stops on this route and park and ride provision. The route will serve Brierley Hill via Dudley with around 7km of the route using a disused railway corridor.

The connectivity package will see seven new bus based rapid transit ‘Sprint’ services created. These will provide a level of service, comfort and presence close to a tram, providing dependable, shorter journey times for customers. It is predicted that the seven-route network will carry 23 million passengers a year on a network up to 76 miles and will introduce more than 90 new vehicles. The seven Sprint routes will be: Sutton Coldfield to Birmingham via Langley; Walsall to Birmingham via Perry Barr; Birmingham to the airport and Solihull town centre via the A45; Hagley Road to Halesowen; Dudley to Birmingham; Longbridge to Birmingham; and Hall Green to Birmingham Interchange HS2 station via Solihull.

In eight years, we will see the first high-speed trains arrive and depart from the two newly built stations, but for the majority of us here in the West Midlands these will be insignificant when compared to the impacts they have created across the region in terms of investment, improved transport and increased employment. The work we are doing today is far beyond building a railway, HS2 will ensure that we remain at the centre of the UK providing the platform for further growth as we look to transform the West Midlands into one of the leading regions, not only in the UK but in the world. Even if residents never step foot on a high-speed train, there is a very good chance they will feel the benefits that the project has brought to the region.