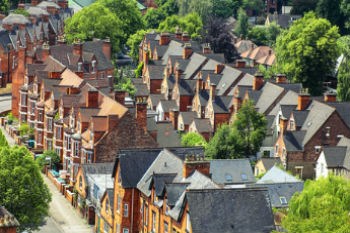 The Welsh government has introduced legislation aimed at abolishing Right to Buy in order to protect its stock of social housing from further reduction.

The new law, which was introduced to the National Assembly today, is designed to protect the country’s dwindling social housing stock and to ensure people are able to access ‘safe, secure and affordable housing’.

It is also intended to encourage local authorities to build more council housing by reassuring them new developments will not be sold off after a short period.

The legislation also contains a clause requiring the Welsh government and social landlords to publish information about the measures to alert existing tenants of the changes.

‘Our social housing is a valuable resource, but it is under considerable pressure,’ said communities secretary Carl Sargeant.

‘The size of the stock has declined significantly since 1980 when the Right to Buy was introduced. The number of sales is equivalent to 45% of the social housing stock in 1981.

‘This has resulted in people in housing need, many of whom are vulnerable, waiting longer to access a home they can afford.’

‘We have set an ambitious target of creating 20,000 affordable homes in this term of government,’ he continued.

‘Alongside social housing this will include schemes such as Help to Buy and Rent to Own to enable people on modest incomes to own their own homes.

‘We are supporting low cost home ownership and we are expanding the social housing stock. Abolishing the Right to Buy will complement these other actions we are taking in order to support people in housing need.’