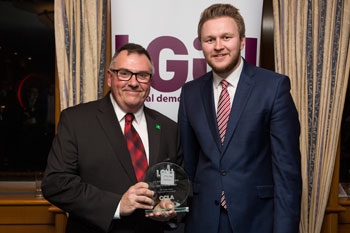 The winners of the 2015 C’lrr Award have been announced, with Tudor Evans from Plymouth City Council securing Leader of the Year Award.

The annual awards, organised by the LGiU and CCLA, aim to reward the hard work and dedication of councillors across the country.

Jonathan Carr-West, chief executive of the LGiU, said: ‘It is a real privilege to honour the outstanding efforts of these Councillors who work day in and day out to make our communities healthier, our streets safer and our public services stronger.

‘The 2015 C’llr Award winners have set the bar for all Councillors with their exemplary leadership and passion for change. We congratulate them and look forward to hearing about their future success.’