Thousands miss out on drug services due to cuts, charity finds 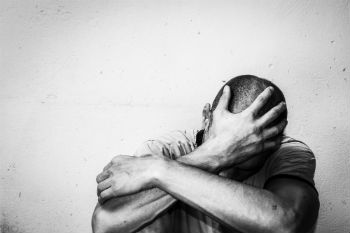 The homelessness charity St. Mungo’s has published a new report into the link between rough sleeping and substance use.

It estimated that at least 12,000 people sleeping rough, or at risk of doing so, went without vital drug and alcohol treatment in England last year.

Funding for drug and alcohol services has been cut by more than a quarter since 2015 -16.

Last year the Office for National Statistics (ONS) found that of the 726 deaths in 2018 of people who were sleeping rough or in emergency accommodation, more than half were alcohol or drug related.

It also discovered that in London there has been a 65% increase in women sleeping rough with drug and alcohol problems between 2014-15 and 2018-19, compared to a 16% rise in men.

‘This is a neglected health crisis that requires rapid action. Our research shows that people who have already faced traumatic experiences throughout their lives are being turned away from life-saving treatment just when they need it most,’ said Howard Sinclair, St Mungo’s chief executive.

‘Rough sleeping in England has increased by 165% in the last ten years. Not only are hundreds of people dying from drug poisoning but even more are living in terrible conditions on the streets whilst tackling very serious ill health.

‘This needs urgent government action. Now is the moment for Ministers to show they are serious about the commitment to join up health and housing to end rough sleeping once and for all.

‘This means a comprehensive review of every death, a personalised fund to help everyone access life-saving treatment services quickly, and funding increases for integrated treatment, support and accommodation services.’