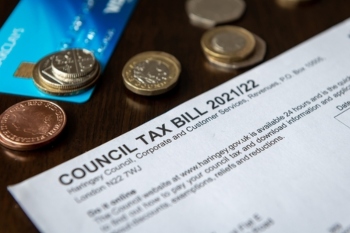 Local authorities have been tasked with administering a council tax rebate and £144m fund to soften the impact of soaring energy prices.

Councils will issue a £150 rebate to households in England, in council tax bands A to D, covering 80% of homes, from April.

The Government has told the sector it will provide funding to billing authorities to cover the rebate and administrative costs.

Councils will also be issued with £144m discretionary funding to support vulnerable people and those on low incomes not covered by the rebate.

The move is aimed at easing a £700 hike in energy bills on average resulting from energy regulator Ofgem increasing the energy price cap.

Global wholesale gas prices have quadrupled in the past year.

Households will also receive a £200 ‘discount’ on bills in October that will have to be repaid in £40 instalments over the next five years from 2023.

Chief executive of the Chartered Institute of Public Finance and Accountancy, Rob Whiteman, described the use of the council tax banding system as a 'poorly targeted approach’.

Director of the Institute for Fiscal Studies, Paul Johnson, said: ‘The support is very broad-based, with little direct targeting of resources on the poorest and those most in need.’

Welsh minister for social justice Jane Hutt confirmed the Welsh Government would receive Barnett funding and was ‘considering how to target this at those who need it most’.