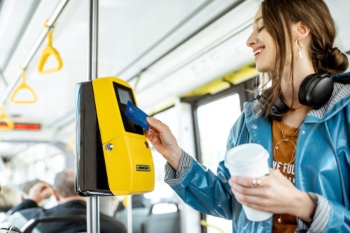 A £50m plan to transform bus services in Suffolk, providing contactless and multi-operator ticketing and daily fare caps has been backed by county councillors.

The Bus Service Improvement Plan (BSIP) approved by Suffolk County Council’s Cabinet will be submitted to the Government by the end of the month.

Suffolk will be asking for a minimum of £50m over three years - £15m each for the first two years and £20m for the third.

The bid is being made to the Government’s £3bn fund under its Bus Back Better national bus strategy for England outside of London.

Following on from the submission of the BSIP, the council, bus operators and other stakeholders will work together to establish a countywide Enhanced Partnership, aiming to deliver wider coverage, cheaper fares, improved ticketing, and better evening and weekend services.

Cllr Richard Smith, cabinet member for economic development, transport and waste, said: 'Developing areas such as rural services, plus developing features like smart ticketing to improve the passenger experience, will help increase the use of public transport which in turn can reduce congestion in our towns and provide a cleaner and greener environment.

'Transport is a significant contributor to carbon emissions; increasing the use of sustainable transport will play an important role in achieving carbon reduction in Suffolk.'