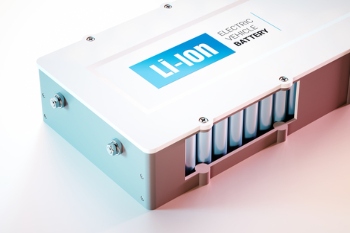 The energy company Geothermal Engineering Ltd (GEL) yesterday announced that it had discovered record levels of lithium in its geothermal waters.

Recent, third party tests have revealed that there are more than 250 milligrams per litre (‘mg/L’) in the fluid which is the highest concentration ever discovered in geothermal fluids anywhere in the world.

Testing has also shown that the concentration of magnesium, a metal which can make processing more difficult and expensive, is extremely low.

Based on the findings of these tests, GEL is looking at the potential for the production of 4,000 tonnes of lithium per year from the next sites it is planning by 2026.

The Faraday Institution, a government-backed body set up in 2017 to promote the battery industry, estimates UK demand for lithium could reach 59,000 tonnes a year of lithium carbonate equivalent by 2035, based on projected growth in domestic battery demand.

The UK currently produces no lithium onshore and most of it comes from South America and Australia via China. The carbon footprint of delivering lithium-ion batteries is significant.

Ryan Law, managing director of GEL, said: ‘Deep geothermal heat and power are already set to help the world reach net zero targets. The addition of lithium production with no carbon footprint or environmental damage will help to drive more geothermal projects forward in the UK and offer more opportunities for green jobs.

‘If the UK is to reach the Government target to produce only electric vehicles by 2035, we have to find more sustainable and geopolitically more reliable ways to deliver lithium batteries. Establishing meaningful onshore lithium production in the UK would also encourage a lithium-ion battery-based economy to develop in the UK, and could attract further important inward investment opportunities for Cornwall and the South West.’

GEL has reportedly signed an agreement with Cornwall Council for four geothermal heat and power plants.