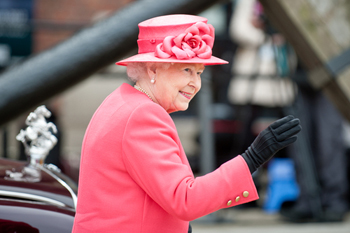 Proposals to ensure the devolution of cities and expand Right to Buy to social housing tenants were outlined in the first Conservative Queen’s Speech in nearly two decades today.

Marking the state opening of Parliament, Her Majesty Queen Elizabeth II confirmed a widely-trailed set of announcements for new legislation which are likely to have a significant impact on local authorities.

Reading the speech, the Queen said the new Bills represented the Government’s ‘one nation approach’ to ‘supporting aspiration and bringing different parts of our country together.’

The speech was also framed in the context of the Government’s ‘long-term economic plan to provide economic stability, bring public finances under control and reducing the deficit’.

The Queen confirmed legislation would be introduced to provide for the devolution of English cities with elected mayors helping to build a northern powerhouse.

In respect of Scotland, Wales and Northern Ireland, the speech announced a ‘strong and lasting constitutional settlement’ would devolve wide-ranging powers. But the speech also included plans to change the standing orders in the House of Commons to ensure the Conservative manifesto commitment to English Votes for English Laws (EVEL) was delivered.

The Housing Bill would extend home ownership and give housing association tenants the chance to own their own home, the Queen confirmed.

The Queen also said provisions to expand the successful troubled families programme, led by Louise Casey’s team in the Department for Communities and Local Government, would be aligned with plans to reform welfare and enshrine legislation capping benefits and requiring young people to ‘earn or learn’.

In the realm of education, the speech also confirmed the Government would seek new powers to intervene in ‘coasting’ schools and to continue the academies expansion programme.

Legislation to reform trade unions and to protect essential public services against strike – measures to be outlined in an Enterprise Bill – was also mentioned.

Plans to drive further integration of health and care services were also announced, alongside a commitment to provide extra funding to the NHS in line with Sir Simon Stevens five-year plan. Additional commitments to ensure a 7-day health service and better access to GP and mental health care were also made.

The Queen also confirmed legislation paving the way for a renegotiation of Britain’s place in the European Union and an ‘in-out’ referendum on membership of the EU before the end of 2017 would also be laid before Parliament.

To help deliver on a commitment to full employment and increase job security, ministers would be forced to report annually on job creation and apprenticeship placements, the Queen stated.

Legislation would also be introduced to ensure people working 30 hours per week on the national minimum wage were exempt from paying income tax. And as a fiscal lock, a Bill ensuring the Government could not increase VAT, national insurance or and income tax in the next five years of Parliament would also be announced.

For home affairs, the Queen promised new legislation to tackle extremism through greater powers over communications data would be introduced, as would a Bill to crackdown on so-called ‘legal highs’.

A full strategic defence and security review was also promised.