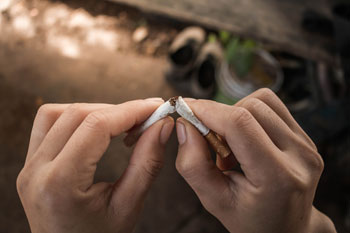 The Government’s consultation document argues that the 2020s 'will be the decade of proactive, predictive, and personalised prevention’, where targeted support and tailored lifestyle advice will be key to health care.

The paper, entitled Advancing our health: prediction in the 2020s, commits the Government to embedding genomics in routine healthcare and reviewing the NHS Health Check.

It laid out the Government’s ambition to make England a smoke-free country by 2030, promised ‘bold action’ in the fight against childhood obesity, and said there would be ‘parity of esteem’ between physical and mental health issues.

Alongside these commitments, the green paper also announced there will be a new health index to help track the health of the nation, a modernised Healthy Child Programme, and a consultation on a new school toothbrushing scheme.

‘The commitments outlined in this green paper signal a new approach for the health and care system,’ the paper concludes.

‘It will mean the government, both local and national, working with the health and care system, to put prevention at the centre of all our decision-making.’

Cllr Ian Hudspeth, chairman of the Local Government Association’s Community Wellbeing Board, criticised the paper however, describing it as ‘a missed opportunity to make the most of councils’ role and expertise’.

‘Everyone agrees that prevention is better than cure, but councils also need adequate funding for their public health services to help achieve the stated aims of this approach,’ he said.

‘The new prime minister must now prioritise preventative services by using the upcoming Spending Review to reverse the £700m of public health funding cuts over the last five years.

‘Only this, alongside a joined-up prevention approach across Government, can help councils tackle persistent problems like obesity, mental illness, substance misuse, sexually transmitted infections and the health impact of loneliness, as well as addressing some of the serious health inequalities that still exist across the country.’

‘It is absolutely vital that the next Spending Review is used as an opportunity to properly fund local government, including preventative and early intervention services, and do so in a way that enables councils to co-ordinate a range of activities across a place to the greatest effect,’ he said.

‘Effective local government will be key to realising the aims and ambitions of the prevention green paper. With adequate resources and devolved powers, we are ready as leaders in our places to drive this agenda forward, secure the best outcomes for our residents, and enable them to live a full and larger life.’

The Health Foundation, an independent charity, joined in the chorus of criticism, arguing that the paper ‘falls a long way short of the comprehensive shift in approach needed to create healthier lives for people in England.’

‘With health inequalities in England widening and life expectancy improvements stalling, this green paper amounts to a missed opportunity,’ commented Jo Bibby, director of health at the charity.

‘Perhaps unsurprisingly at a time of political uncertainty, the Government has stepped back from the bold action required. But this should concern us all when ambitious whole-government action is urgently needed to tackle the root causes of ill health – including poverty and deprivation, poor housing, poor quality work, social isolation and poor quality environments.’

Ms Bibby said the Government admitted that the green paper only goes ‘some way’ towards delivering its goal of five extra years of healthy life by 2035 and warned that if things continue as they are it could take 75 years to reach this goal.

George McNamara, director of policy and influencing at the charity Independent Age, described the green paper as ‘a shopping list of half-complete ideas’.

‘Preventing ill-health is absolutely vital for us as a country to ensure our wellbeing and prosperity – not least to ensure that all of us have the opportunity to age well and enjoy later life. This has been recognised by the NHS, which has put prevention at the core of its Long Term Plan.

‘Yet these proposals from the Government represent a shopping list of half-complete ideas, many of which still require further detail and development, rather than an ambitious programme to improve the health of our nation.’

The health charity Action on Smoking and Health (ASH) welcomed the Government’s commitment to make England a smoke-free country by 2030, particularly the proposal to introduce a ‘polluter pays’ approach requiring tobacco companies to pay towards the cost of tobacco control.

‘The Government is to be congratulated on setting an ambitious target to end smoking by 2030,’ said Deborah Arnott, chief executive of ASH.

‘However, to achieve this will require innovative new policies and funding, to quote the health secretary, Matt Hancock, “business as usual” will not suffice.

‘The public understand this, which is why three quarters of the adult population in England support Government interventions to limit smoking, with a growing proportion of them thinking Government should do more.’

Ian Gilmore, chair of the Alcohol Health Alliance, criticised the green paper for being ‘inconsistent’ and not doing more to pressure the alcohol industry despite acknowledging that ‘the harm caused by problem drinking is rising.’

‘It’s strange that the prevention green paper is so inconsistent: the Government wants the UK to lead the world in tobacco control but won’t apply pressures to alcohol harms,’ he said.

‘The green paper even states that “the harm caused by problem drinking is rising”,’ he continues.

‘So it’s shocking that the only proposal in the paper is to relax the rules on what constitutes an alcohol-free drink. Once again, the Government puts the alcohol industry first and consumers last.’