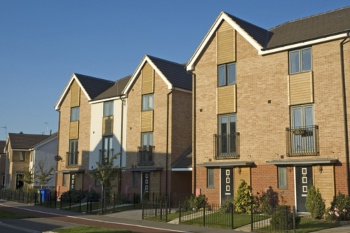 Three-quarters of new housing developments should not have been approved due to their ‘poor’ or ‘mediocre’ design, a new report from campaigners has found.

A Housing Design Audit for England did find that housing design has improved in recent years. It examined 142 housing developments built between 2004 and 2019 and found that overall they scored relatively highly for safety, security and achieving a variety of housing types and sizes.

However, it added that elements such as well-designed access roads, local community provision and car parking provision were often badly executed.

Tom Fyans, campaigns and policy director at CPRE, said: ‘This research is utterly damning of larger housebuilders and their failure to build the homes our communities deserve.

'They must significantly raise their game if we’re to create the sorts of places that future generations will feel proud to call home… That’s why significantly improving the quality of design is central to addressing the housing shortage.’

It finds that good design includes elements The report calls for a greater connection between those that create new homes and those who develop and build highways to ensure developments are more joined up.

The Local Government Association (LGA) said councils should be allowed to 'resume their role' as major builders of affordable homes.

Cllr David Renard, the LGA’s housing spokesman, said: 'The last time this country built homes at the scale that we need now was in the 1970s when councils built more than 40 per cent of them. Councils were trusted to get on and build homes that their communities needed, and they delivered, and they can do so again.

'For that to happen, the Government needs to use the forthcoming Budget to reform Right to Buy, by allowing councils to keep receipts of homes sold under RTB in full and to have the flexibility to set discounts locally.'