NPPF: Where now for planning? 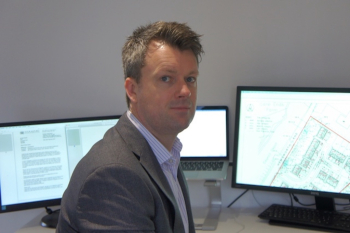 The National Planning Policy Framework (NPPF) changes aim to lay down a comprehensive approach for planners, developers and local authorities to build more homes, more quickly, in the places where people want to live and bring up a family.

When it was first published in 2012 under the Conservative/Liberal Democrat Coalition, the Framework was considered by the cognoscenti as a game changing move, carving out more opportunity for those involved to contribute to the national planning debate, and for communities to have their say on how new developments should look and feel. The reality was that this streamlined document provided more questions than answers and saw a significant increase in proposals being legally challenged.

The proposed NPPF changes place greater responsibility on local planning authorities to drive up the actual volume of homes built in their area, rather than simply planning for these. Developers too will also see themselves more accountable for delivering projects, which include affordable housing and the infrastructure needed to support increasingly culturally diverse communities. It also aims to maximise the use of land, ensuring sensible measures are in place to maintain strong protection of the environment and Green Belt, among other things.

The delivery of housing is among several key changes to the NPPF that are relevant to land owners, developers, local authorities and others. Chief among these, is the capacity for local planning authorities to fix their housing land supply figures for a one-year period. There’s also scope for wider consideration to be given to ensuring affordable housing is an integral part of development projects - indeed, at least 10% of homes on major sites (applications for nine dwellings and over) should be available for affordable home ownership. Moves that will see consideration given to a planning condition that development must begin within a shorter timescale, are also likely to gain traction among those involved in the planning process.

While planning ‘soundness’ and a review of plans every five years can also be positive moves, issues around ‘viability’ could have considerable ramifications for developers, particularly those involved in bringing smaller schemes to the market. While the thrust of existing policy is to be retained, the requirement for ‘competitive returns to a willing land owner and willing developer’ is to be removed, which could see hundreds of smaller developers struggle in the face of a new uncertainties following any shift in emphasis by local planning authorities.

One potentially significant revision is the addition of 'Starter Homes' and 'Discounted Market Sales Housing' to the definition of Affordable Housing within Annex 2 of the NPPF as follows:

Starter homes: is as specified in Sections 2 and 3 of the Housing and Planning Act 2016 and any secondary legislation made under these sections. The definition of a starter home should reflect the meaning set out in statute at the time of plan-preparation or decision-making. Income restrictions should be used to limit a household's eligibility to purchase a starter home to those who have maximum household incomes of £80,000 a year or less (or £90,000 a year or less in Greater London).

Discounted market sales housing: is that sold at a discount of at least 20% below local market value. Eligibility is determined, with regard to local incomes and local house prices. Provisions should be in place to ensure housing remains at a discount for future eligible households.

The proposed changes to the NPPF aim to continue to tackle the housing crisis with various policy changes, including assessing financial viability of sites at the site allocation stage rather than waiting for submission of the application.

However, these front-loading techniques are extremely optimistic and expect far too much from local planning authorities, whose resources are too often overstretched. When an application is submitted, the majority of councils are unable to devote the time to it that they once could. While negotiation and cooperation with the applicant is expected it is certainly not that straight forward with increasing centralisation of resources and the inability to speak to many planning officers directly.

This often leads to an impersonal approach to the assessment of an application and a general lack of understanding of how the site has come forward. Sadly, the housing crisis is such that there’s an increasing reliance on volume housebuilders to meet our demands, which then puts question marks over the viability of sites less than 100 units. These sites can be brought forward by small to medium housebuilders, but the expectations for on-site and off-site contributions are invariably too much to justify bringing them forward.

The ‘agent of change’ principle is one that has been floated around for a long time and finally makes an appearance on the policy books, after past reluctance and relatively little advanced warning. The change has the potential to transform the way planning approaches environmental impacts in some development sectors. The local planning authority will insist that a new development mitigates the impact it will have on surrounding existing uses, rather than on the current position.

It would have been great to have seen more strident action around the initial government response to the proposed NPPF changes, specifically around a lack of ambition over tackling the housing crisis and increasing the delivery of affordable homes. More fundamental changes around Green Belt policy are needed if we are to realise the 300,000 new homes in England per year despite the articulation of changes that could help. Bolder measures are required to address the country’s housing problems, notably increasing development of Green Belt land in the face of a declining bank of brownfield sites.