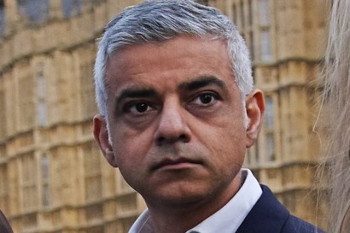 London mayor Sadiq Khan and Transport for London (TfL) have applied to appeal a court ruling that deemed their Streetspace for London Plan unlawful.

Introduced in May last year, the plan saw the implementation of bus gates, banned turns and restricted access to streets in Low Traffic Neighbourhoods across London.

It produced furious reactions from taxi drivers, who complained about their restricted access to some streets.

In January, the High Court ruled that the mayor and TfL had acted unlawfully in their treatment of licensed taxis.

The judgement resulted from a judicial review mounted by the London taxi trade, concerning a specific Streetspace scheme, the A10 Bishopsgate Corridor in the City of London (pictured above), which removed taxi access to a key arterial route.

The court ordered that the whole plan, guidance to boroughs and the A10 Bishopsgate Traffic Order be quashed.

However, the mayor is now seeking leave to appeal the judgement on a range of grounds including the admissibility of evidence, failure to have regard to relevant considerations, the public sector equality duty, and legitimate expectation, rationality.

A Mayor of London spokesperson said: 'We are very disappointed by the court’s decision and have applied for permission to appeal this judgment.

'Bishopsgate has long suffered with a poor safety record and slow bus speeds, and this trial scheme aimed to tackle these issues, by reducing road danger for vulnerable road users and improving the flow of bus traffic in response to the pandemic.

'Temporary schemes like this remain vital as the pandemic continues. By supporting both walking and the huge increase in cycling we are enabling social distancing and much faster journeys on public transport, reducing the risk of infection.'

In response, Steve McNamara, general secretary of the Licensed Taxi Drivers Association (LTDA) said: 'It is no surprise that having already been denied permission to appeal by the High Court, the Mayor and TfL are now seeking permission from the Court of Appeal. They are in effect appealing the Judge’s decision not to let them appeal!'

'As the senior High Court judge, Justice Lang made clear in her decision denying their first application for leave to appeal, there are no clear grounds and little chance of success on appeal, particularly given how unequivocal the Judgement was in this case.

'Rather than wasting yet more taxpayer money, they should focus their efforts on fixing the problems the Judge identified and making sure London remains open and accessible to all.'