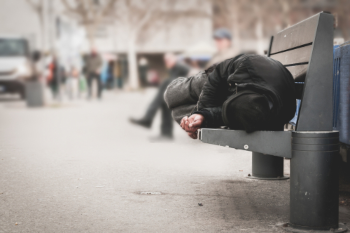 The Government has been urged to continue funding three homelessness programmes that have a combined success rate of 88% by MPs.

The All Party Parliamentary Group on Ending Homelessness has called on the Government to ensure the Housing First pilot programmes are not forced to close next year when funding comes to an end.

Neil Coyle and Bob Blackman, co-chairs of the APPG on Ending Homelessness, said: 'Housing First supports people with the most challenging issues and is already working in Greater Manchester, Liverpool City Region and the West Midlands. But as it stands, funding for those pilots will end from next year. We must not turn our backs on the progress made and the people supported.

'We urge the UK government to commit to funding the three pilots beyond 2022 and start scaling up Housing First across England to help fulfill its pledge to end rough sleeping by 2024.'

Housing First does not require people to prove they are ‘tenancy ready’ before accessing mainstream housing, and offers open-ended support with issues relating to trauma, mental health, addiction and entrenched rough sleeping.

Jon Sparkes, chief executive of Crisis, said: 'It is unthinkable that the pilots could be stopped from providing that vital support to over a thousand people. Now is the time to expand Housing First across England and make it accessible to more people, not fewer.'