Investment in city’s transport to create jobs and boost economy 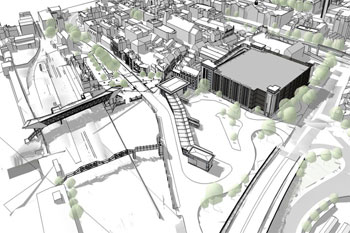 Lincoln’s multi-million pound investment scheme promises to create up to 200 jobs and boost the economy by £9m a year.

The £29m scheme will deliver a new bus station and a 1,000 space car park. There will also be improvements to Lincoln Central railway station and a pedestrianised plaza connecting the bus and rail stations.

‘A new bus station, car park and upgraded railway station will be a huge benefit to people who live and work in Lincoln, and those who visit the city,’ transport minister Andrew Jones said.

‘Better transport facilities don’t just help people get around, they help them get on – connecting them to jobs, opportunities and helping deliver economic growth.’

The Department for Transport (DfT) is providing £11m towards the project as part of the Local Growth Fund - a £12bn fund to support a variety of projects including transport schemes, new housing and education.

The rest of the funding will come from the City of Lincoln Council (£16m) and the Greater Lincolnshire Local Enterprise Partnership (£2m).

The new investment scheme comes after plans for the £96m Lincoln Eastern Bypass were approved by a public inquiry last February.