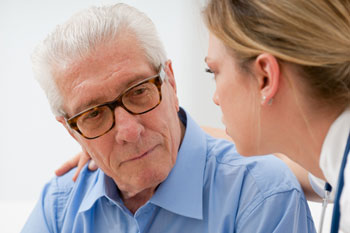 Council cuts and poor employment practices means the home care service system is heading towards a 'crisis', a new report is warning.

The report says that many home care workers are being 'exploited', with up to 220,000 staff paid less than the minimum wage. It also finds 60% of care workers are on zero-hours contracts, and staff turnover is more than twice the national average at 20% a year.

The report, chaired by former care minister Paul Burstow and supported by the LGiU and Mears Group, calls for home care workers to be given key workers status and a living wage. It also wants more focus on personalised care and outcomes to reduce poor practice.

‘As publicly funded care continues to be squeezed the danger is that good providers are driven out, and those providers who make a profit by exploiting workers thrive,’ said Mr Burstow. ‘The price of poor care is paid for by the most frail and vulnerable in our community, and by the care workers they rely on who get a raw deal.

‘We must make care work a career of esteem, where a living wage is paid, staff are trained and recognised as valued key workers who contribute a huge amount to society. This will inevitably come at a price, but the cost of doing nothing will be even greater.’

The chief executive of Independent Age, Janet Morrison, said the report highlights the need for the ‘fundamental reform’ of the care system, which has been impacted by years of underfunding.

Director of Economy and Environment

£123,682 per year, plus relocation support
Looking for a strategic and influential leader for our next Director of Economy and Environment here in Doncaster. Doncaster, South Yorkshire
Recuriter: Doncaster Council

£36876 - 40760
Do you have expert knowledge of how to deliver complex I.T. systems that meet the needs of frontline staff and managers? Morpeth, Northumberland
Recuriter: Northumberland County Council

£28,573 - £30,808
If you feel that you have the skills and experience for this role we’d love to hear from you! Camden, London (Greater)
Recuriter: Camden London Borough Council