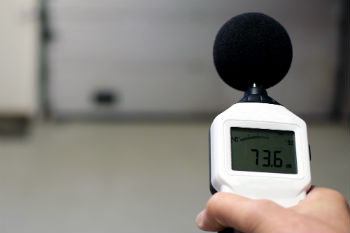 A district council in West Northamptonshire has been criticized by the local government Ombudsman for its handling of a noise complaint from residents living near an industrial estate.

Homeowners in a new housing development in Daventry complained to the district council about the noise coming from an industrial area that has several businesses that operate 24 hours a day.

The residents reported regular concerns including noise from vehicles, tannoy announcements and people shouting at unsociable times in the night or early morning.

The Local Government and Social Care Ombudsman (LGO) investigated and found that the council’s decision to close its noise pollution investigation had not been made properly.

It criticised the local authority for not taking ‘proper account’ of all the evidence gathered during the investigation, including the conclusion of one of its officers that the housing estate was ‘not in a state reasonably to be lived in’.

The LGO also said the council held unproven assumptions about one family that complained, saying that they had an ‘undue sensitivity to noise’.

‘The family in this case have been left distressed by both the situation they found themselves in and the council’s response,’ said LGO Michael King.

‘We do not know whether the council can now do anything to prevent the noise the family and their neighbours have repeatedly contacted it about, but there is enough evidence to suggest this might be possible.

‘I am therefore disappointed that, despite making repeated efforts to get the council to agree to remedy this complaint, it has repeatedly refused to acknowledge its faults.

‘I now call upon Daventry District Council to carry out my recommendations and work with both experts and local residents to see if there are measures that can be put in place to mitigate the problems these people face.’

A spokesman for Daventry District Council said: ‘Councillors will consider the Ombudsman’s report and the Council’s response to it at the meeting of Full Council on 20 February.’