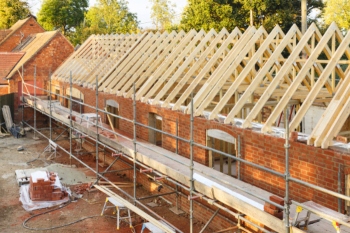 A new report challenges the Local Government Association’s (LGA) claim that the housing crisis is largely down to a reluctance by developers to build and argues that the real problem is a shortage of planning permissions.

The LGA argues that more than 1.1 million homes that have been granted planning permission in England in the last decade are yet to be built.

According to the association’s research, 2,782,300 homes have been granted planning permission by councils since 2010/11 while over the same period only 1,627,730 have been built.

The LGA says that sometimes there are legitimate reasons why development stalls, but they also called on the Government to grant councils the powers to incentivise developers to build housing more quickly.

However, a new report from the planning consultancy Lichfields challenges the LGA’s claim that developers are the reason for delays in housing delivery.

The report, Taking Stock: the geography of housing need, permissions and completions, explores the existing pipeline of sites for housing development compared with what might be needed to meet the Government’s ambitions for 300,000 net additional homes per annum across England.

It dismisses the LGA’s argument that the level of unimplemented consents at 1.1 million highlights that developers are ‘land banking’, pointing out that due to a variety of factors such as acquisition of the land, discharge of planning conditions, re-planning to reflect demand and lapse rates, that the number of consents required is in fact a minimum of 1.7 million.

The research, commissioned jointly by the Birmingham-based Land Promoters and Developers Federation (LPDF) and the Home Builders Federation (HBF), states: ‘Ministry of Housing, Communities and Local Government (MHCLG) records the annual rate of permissions at 300,000 to 400,000 in recent years and this has generated the suggestion there are sites with planning permissions where landowners and developers are deliberately not bringing them forward. This is not the conclusion that should be drawn.

‘Each year the number of permissions granted will include homes on sites that would not be built out in one or two years, some sites await funding for infrastructure (which can only be sought once permission is granted) and – very importantly – some permissions will be replacement permissions for approvals granted in previous years to reflect technical changes, re-design, alterations in housing mix or design detail. Successive years of units with permission will therefore incorporate significant double counting.’

The analysis found that planning permission for around 520,000 houses each year needs to be granted to ensure 300,000 homes a year are delivered compared with 372,000 new permissions recorded by MHCLG in 2019.

Paul Brocklehurst, chairman of the LPDF, said: ‘This research highlights what we in the industry have realised for some time now, which is that the level of planning consents is not sufficient, especially in certain areas of England, to meet the demand for new homes.

‘The coarse analysis undertaken by the LGA is shown to be overly simplistic and ignorant of the practicalities of the implementation of planning consents granted. Post-pandemic the demand for new homes has been exceptionally strong and as a consequence action is required now to improve the flow of planning permissions in many parts of the country to ensure that the housing crisis does not deepen further.’

He added: ‘The LPDF will be suggesting a number of “quick fixes” to MHCLG to aid delivery in the short term, though it is clear to our members that something needs to be done immediately about the human resourcing at local planning authorities and the Planning Inspectorate in order to free the 1,000s of “trapped” new homes through delays to determination, agreement of s106 agreements and planning appeals.’

The LGA has been contacted for a response.