Councils told how to secure approval for lane rental schemes 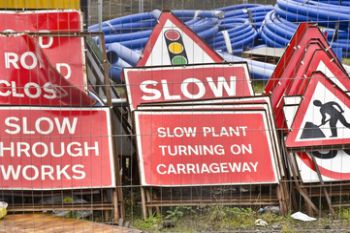 The Government has released guidance on how councils can secure approval to operate lane rental schemes, which allow English authorities to charge utility companies up to £2,500 a day for carrying out roadworks.

Local highway authorities must win approval from the transport secretary to implement a lane rental scheme and must already have in place a permit scheme and evidence that it has operated effectively for at least a year.

Schemes should cover no more than 5% of the individual local network, the guidance suggests, although a business case could be made for a larger area in exceptional circumstances. National Street Gazetteer will need to be used at first to provide detailed and accurate information about where and when lane rental will apply.

'Lane rental should only apply to the most congested roads at the busiest times. To help with consistency of schemes, the following definition of congestion should be used: the total average delay per link/road segment comparing average journey times with a free flow time counterfactual,' the guidance states.

Before charges 'go live', authorities need to trial schemes and any surplus revenue must be used to fund projects that 'to reduce the disruption or other adverse effects arising as a result of street works'. This can be either capital or revenue projects, although the cash cannot be spent on training or general maintenance.

Councils must carry out a full consultation on the plans, outlining the cost-benefit analysis, proposed charging regime and detailed evaluation plan. The guidance also includes a new calculator for assessing the costs and benefits of schemes.

Lane rental charges must be applied to highway works by the council on the same terms as to street works.

A combined authority will need to be a local highway authority in law or have that power delegated to them in order to operate lane rental. It is also possible for authorities to run joint schemes.

Lane rental powers are based on the primary legislation in section 74A of the New Roads and Streets Works Act 1991 (NRSWA).

Works in footpaths and bridleways are excluded from the application of lane rental charges.

‘Authorities will need to consider carefully the role of local authority environmental health (EH) departments. EH departments have powers under the Control of Pollution Act 1974 (CoPA) to control the noise from construction works. Relevant guidance is provided in British Standard 5228:2009 introduced in January 2009,’ the guidance states.

The news comes after two successful lane rental trials in London and Kent prompted the Government to announce plans in February 2018 to allow local highway authorities to bid for and to set up schemes.