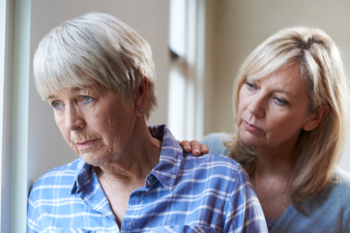 A fifth of carers in England have not received an assessment in the past year, with nearly three-quarters suffering from mental ill health, council leaders have warned today.

The Local Government Association (LGA) and Carers UK said 5.7 million unpaid carers are unable to take a break from their demanding role, affecting their own health and wellbeing.

The LGA estimates it would cost £150m to provide assessments for carers to help identify their own support needs. It is calling for the Government to cover the cost of these in the long-term solution to paying for adult social care.

Cllr Ian Hudspeth, chairman of the LGA’s Community Wellbeing Board, said: ‘Carers need breaks. Devoting significant time to unpaid care can not only lead to a downturn in carers’ health, it can also make it hard for them to maintain social relationships, keep working or learning, which could affect their financial security.

‘More people are caring for a loved one than ever before and councils remain committed to helping carers, but significantly reduced funding is making this difficult.’

The LGA and Carers UK found 5.7 million unpaid carers are unable to take a break from their demanding role, affecting their own health and wellbeing.