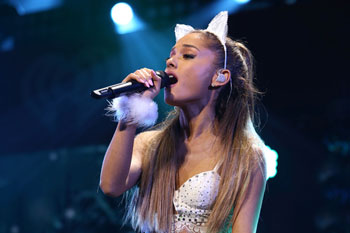 Ariana Grande could be granted an honorary citizenship of Manchester under new proposals put forward by the council.

Manchester City Council is suggesting a new system be adopted to help recognise people who have made an outstanding contribution to the city.

The proposal – which will be debated next month – would see Ariana Grande being the first recipient of this new honour for her role in organising the One Love Manchester concert.

‘This seems a fitting moment to update the way we recognise those who make noteworthy contributions to the life and success of our city,’ said Sir Richard Leese, leader of Manchester City Council.

He added: ‘Ariana Grande exemplified this response. I think many people would already consider her an honorary Mancunian and we would be delighted, if the council approves the proposal, to make it official.’

The council will also hold an event later this year to celebrate people who made significant contributions in the aftermath of the terrorist attack.