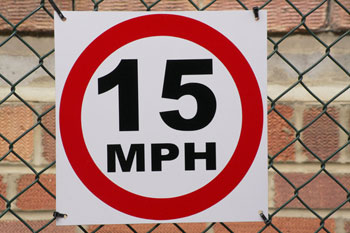 The Square Mile in London is set to become the UK’s first area with a 15mph speed limit.

The City of London Corporation has outlined the plans for the new speed limit – which is subject to government approval – as part of its 25-year framework for its first long-term Transport Strategy.

The new strategy aims to reduce motor traffic by 50% by 2044, prioritising the needs of people walking when delivering changes to streets. It will also launch a new cycling network and improve the quality and accessibility of cycle hire facilities.

Alastair Moss, chair of the planning and transportation committee at the City of London Corporation, said: ‘We are working tirelessly to support the 513,000 workers that commute to the Square Mile every day, and to deliver the forward-thinking City that Londoners want to see.

‘These radical plans will ensure the continued success of not just the City, but wider London and the UK as a leading global business and cultural destination.’