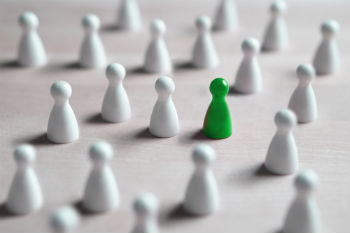 Not a single CEO at the top 50 unitary authorities comes from a Black, Asian and minority ethnic (BAME) background, new research has revealed today.

The analysis by Green Park and Operation Black Vote (OBV) also found that only 4% of the leaders from the unitary authorities are from ethnic minority backgrounds, with only nine women in the same position.

Colour of Power argues these findings show unitary authorities have 'manifestly failed' to ensure there is equal representation from women and those of an ethnic minority background in positions of power.

Raj Tulsiani, CEO of Green Park, said: 'The findings in the Colour of Power serve to underline the reasons why political leaders are being confronted with a steady erosion of public trust in institutions. For many the absence of diversity in local government leadership is a clear signal that institutions don’t understand the need to modernise to reflect their constituents.

'The upper echelons of leadership within England’s unitary authorities in no way resemble the diverse backgrounds of the residents and it simply isn’t acceptable.'

Simon Woolley, director of OBV, added: 'The findings are deeply troubling: public institutions like unitary authorities would be immeasurably more effective with a greater diversity of views to serve our increasingly multifaceted, multicultural society. By honestly recognising the challenge and effectively dealing with it, we will massively unleash potential talent which would benefit every aspect of our society.'

For more on this question read our feature, 'Local government is too white.'