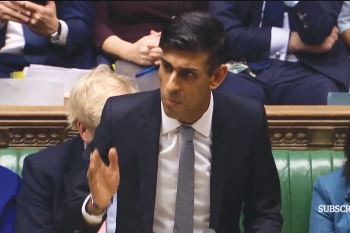 New chancellor Rishi Sunak has unveiled a Budget to end austerity, boost productivity and tackle the problems created by coronavirus.

The Budget packed in capital investment projects, with £175bn pledged for infrastructure projects over the next five years.

A raft of measure to tackle coronavirus included a £500m for local authorities to provide a ‘hardship fund’ to support vulnerable people. The Government expects most of the funding to be spent on council tax relief.

In a three-point plan to tackle the health crisis, he pledged more resources for the NHS, support for people who can’t work, and statutory sick pay for those who cannot work due to illness or self-isolation.

Despite unveiling just a single devolution deal for West Yorkshire – complete with a directly elected mayor - the chancellor promised there would be more to come.

In a nod to Number 10 aide Dominic Cummings, the chancellor vowed to move 22,000 civil service jobs out of London in the next decade as part of the ‘levelling up’ agenda.

Mr Sunak offered a range of support packages for business, particularly those hit by the impact of coronavirus.

He promised a ‘fundamental review’ of business rates by the autumn. In the interim he scrapped rates for the coming year for shops, cinemas, restaurants and music venues with a ratable value of less than £51,000, and extended the retail relief scheme to other leisure facilities.

The small print of the budget documents confirmed that local authorities would be compensated for the lost revenue.

‘I am providing, to any business currently eligible for the small business rates relief, a £3,000 cash grant per business. This is a £2bn cash injection direct to 700,000 of our smallest businesses,’ he said.

The OBR report – complied before the coronavirus outbreak took hold – reported a budget surplus in every one of the next five years, with fiscal space of £12bn in 2022-23.

The chancellor’s first Budget – the first for the country since autumn 2018 – set out his intention to extend devolution across the country in the coming months, and tackle the social care crisis.

Commenting on the announcement, Localis chief executive Jonathan Werran described it as a ‘Bob the Builder budget’, providing unprecedented levels of capital funding.

‘From digital connectivity to mobility and transport upgrades, from housing growth and infrastructure development to pothole fixing to floods defences and further education, the money is clearly there to match the ambition articulated in last December’s election to rebalance the national economy and extend opportunity across all four corners of the land,’ he said. ‘What is at stake here is the devolution of powers that will necessarily follow the funding, how it is distributed and at what scale.’