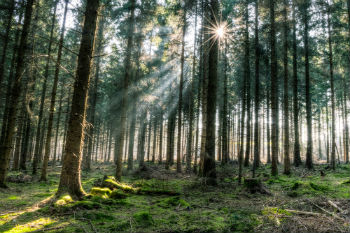 The Government has called a temporary and conditional halt to the removal of ancient woodlands for HS2 while the high speed train programme is reviewed.

Secretary of State for Transport Grant Shapps today said that he recognised the concerns of local residents and campaigners that clearing ancient woodland is irreversible.

He told HS2 Ltd to review its ancient woodlands clearance programme and assess what removals can be halted until after the examination of HS2, led by Doug Oakervee, has reported in autumn.

Clearances will still go ahead during the review if they are shown to be ‘absolutely necessary to avoid major cost and schedule impacts’.

The Oakervee review will look at the benefits, impacts, and affordability, of HS2, as well as its efficiency, deliverability and scope.

The controversial high speed train scheme was initially given a £56bn budget. It has exceeded this and some estimates suggest it is now running to £100bn.

‘There is no sense in hiding the challenges HS2 faces, or masking the difficult decisions that need to be taken,’ said Mr Shapps.

‘So, as Douglas Oakervee’s review continues, we must take a sensible approach and recognise that some works simply cannot be undone later.

‘Having listened to the concerns of affected residents and Parliamentary colleagues, I have ordered HS2 Ltd to consider what works affecting ancient woodland clearances can be delayed for the duration of the review.

‘This ensures we avoid irreversible decisions without major impacts on cost and schedule. HS2 may be a complex project overall, but I think this request is just common sense.’