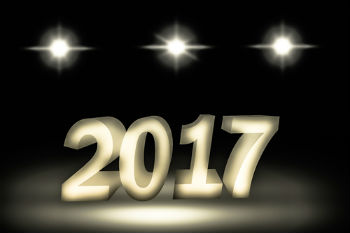 As a turbulent 2016 draws to close what are the legal issues which loom on the 2017 horizon for local authorities?

The Brexit vote will be the biggest issue which we will remember from 2016 (in Europe at least). Brexit will continue to cast a huge shadow over much of the developments for local government.

We should have the outcome of the Supreme Court challenge early in the New Year. We then have the promise from the government that it will publish a summary of its aims and trigger Article 50 in March. So we are likely to see a clearer picture of what Brexit will mean for local government as 2017 develops.

The impact of membership of the European Union on local government is massive from funding for regeneration and economic development, rules on state aid, procurement, regulation, data protection and the environment. Local authorities will need to keep a keen eye on developments and assess the impact for them.

A new type of Mayor

We will also see the first elections for combined authority mayors in places such as Manchester, Liverpool, Sheffield, Bristol and Birmingham in May 2017. This will effectively create a new tier of regional government and the announcement in the autumn statement that the new mayors will be given powers to borrow signals the intent to put them at the heart of rebalancing the economy and driving forward the northern powerhouse and the midlands engine.

It remains to be seen how the new mayors will work with the leaders/mayors of constituent local authorities and how the public will take to these new civic leaders.

Devolution in many other areas seems to have stalled but impetus will be regained if the new mayors are perceived to be effective and popular.

There was major disappointment from local government that there was no mention of social care in the autumn statement.

The social care precept will enable authorities to raise an additional 2% a year from council tax to pay towards the social care bill but that will not be enough to stand still. The announcement that the increases can now be frontloaded is hardly likely to provide much help. There is also considerable doubt about whether Sustainability and Transformation Plans will provide the answer. Whether they will be transformative and lead to sustainable system remains very much in doubt.

The Government has consulted on its proposals to fully devolve business rates as part of the proposals to make local government fully self financing. The design of the final scheme is likely to be extremely complex and contentious. The final proposals are likely to have major ramifications for all local authorities some will fare better than others.

And the small matter of...

And if that is not enough to keep local authorities occupied in 2017 there are other matters to be faced such as delivering integrated modern services, using data more effectively whilst preparing for the introduction of the new General Data Protection Regulation, introducing the apprentice levy and preparing for gender pay gap reporting, making further reductions in budgets with the inevitable legal risks that will bring, investing in new housing and infrastructure, ensuring compliance with deprivation of liberty rules and keeping services going. Happy New Year!!

Simon Goacher is partner and head of local government at Weightmans