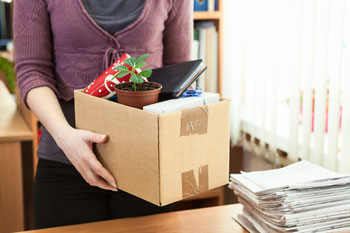 West Berkshire Council has approved proposals to reduce redundancy pay-outs for staff by 25%.

The move will see redundancy payments for council staff employed for more than two years reduced from two to one and a half the statutory entitlement.

Nikki Dancey, GMB branch secretary for Berkshire and North Hampshire, said: ‘For those facing redundancy, many of whom will be the sole-breadwinner in their family due to current high unemployment levels, redundancy money may be the only thing that saves them and their families from the immediate threat of homelessness and being forced onto benefits.’

A statement for the council said the decision was not taken lightly: ‘West Berkshire Council has approved a proposal to reduce the discretionary redundancy multiplier from 2 to 1.5. ‎This brings the council's multiplier in line with the average across similar authorities.

‘Whilst this was a difficult decision that was not taken lightly, it is hoped that this change will deliver savings that can be used to mitigate against future budget challenges.’

£39168.0 - £47405.0 per annum
Essex County Council (ECC) is one of the largest and most dynamic local authorities in the UK, serving a population of 2 million residents, and has a England, Essex, Harlow
Recuriter: Essex County Council

Head of Service – Children in Care

Competitive
A unique and exciting opportunity has arisen for a dynamic, ambitious, and motivated Head of Service for our Children in Care Provision. Derbyshire
Recuriter: Derbyshire County Council

Director of Public Health and Wellbeing