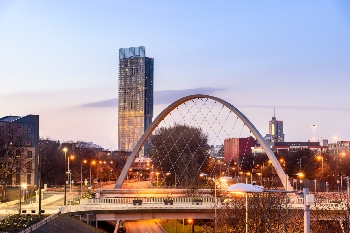 The UK’s urban authorities have joined forces to call on the Government to devolve power to cities and city regions in order to support them in ‘levelling up’ growth across the country.

Ahead of the upcoming Budget, Core Cities UK and London Councils have called on the Government to deliver ‘real fiscal devolution’ to enable councils to raise their own funds and be more accountable to their communities for the money they spend.

This includes reforming business rates and council tax as well as looking at options such as tourist taxes.

Core Cities UK and London Councils both warn that even if these measures were implemented, the UK will remain ‘one of the most centralised countries in the world’. This, they argue, hampers growth and productivity.

Both bodies, which together represent Belfast, Birmingham, Bristol, Cardiff, Glasgow, Leeds, Liverpool, London, Manchester, Newcastle, Nottingham and Sheffield, argue that devolution has to come with a fair funding settlement for the whole of the UK.

Local government has seen its core funding reduced by almost two thirds between 2010 and 2020. Even with the local government finance settlement, council budgets in urban areas are still 25% lower than in 2010/11.

‘Government needs to recognise that all places, whether a town or a city, are not islands and their economies rely on each other,’ said Cllr Judith Blake, chair of Core Cities UK.

‘This Budget is an opportunity to exploit our economic networks, driving growth across the whole of the UK. For that to happen we must ensure that there is fair funding for every community in the country. Wherever people live, local services are facing an uphill struggle and we must chart a new course, from austerity to prosperity.’

Cllr Peter John, chair of London Councils, commented: ‘It’s time to end the culture of local leaders and mayors from all over the country being forced to go begging to Whitehall for hand-outs each year.

‘Local communities know how best to promote economic growth and meet the needs of communities in their areas and we need to have the freedoms and powers to do so now.’