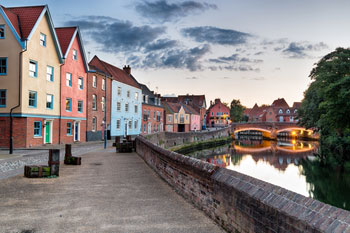 Two councils have rejected one of the proposed devolution deals on the table for East Anglia.

Both Breckland Council and Norwich City Council have voted against proceeding with the deal that includes Norfolk and Suffolk.

Breckland Council said it wasn’t prepared to launch an ‘expensive and extensive’ public consultation into the plans, without key details being known at this stage.

Cllr William Nunn, leader of the council, said: ‘Whilst Breckland is keen to foster partnership working, any devolution to a combined authority has to be right for the residents and businesses of our district.

'The matter has been debated and discussed at length with members over the last few months. Whilst devolution clearly presents opportunities to steer major decisions at a more local level, members are not yet convinced of the benefits of the deal in its current form and the requirement for a mayor.’

The other devolution deal being considered for East Anglia includes Peterborough and Cambridgeshire. Cambridge City Council has agreed to take this proposal out to public consultation.

Council leader, cllr Lewis Herbert, said: 'We will consider all of the comments we receive during the consultation, along with those of the new national government leaders, before deciding whether or not to confirm our initial support for the devolution plans.'