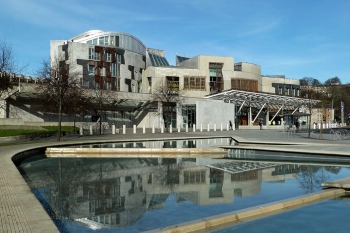 Council tax in Scotland should be increased to the same levels as the rest of the UK, a think tank has argued today.

A briefing from IPPR Scotland said that closing the tax gap in council tax revenues between Scotland and the rest of the UK would generate up to £900m a year in extra revenue.

The briefing outlines five proposals for reforming council tax including implementing higher increases on bills for properties in higher bands throughout the next parliament.

It also calls on the Scottish Government to extend the council tax reduction scheme and work with councils to develop new local taxes.

In a blog, Russell Gunson director of IPPR Scotland wrote: 'Council tax is incredibly overdue reform. It’s outdated, based on values from 30 years ago. It’s regressive by value, in that the highest value properties have the lowest bills as a percentage. And it’s regressive by income, with lower income families paying more council tax as a proportion of their income than the richest.