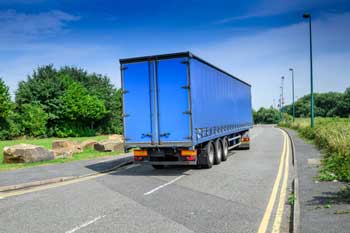 Transport for the North (TfN) has submitted bids worth £700m to the National Roads Fund, including 12 schemes for the major road network (MRN) and four for the large local majors (LLM).

The fund is worth £3.5bn to local authorities and just over £25bn to Highways England over the five years from 2020-2025, though the local tranche will be subject to stiff competition from bids around the country.

These are 'economically important roads which urgently need improvements,' TfN said. All the schemes could be on site or completed by 2025.

Peter Molyneux, major roads director at TfN, said: 'Years of underinvestment in road networks across the North has resulted in slow journey times and poor reliability. With more than 80% of commuting trips and 87% of freight movements using the road network in the North, our people and businesses are being held back – which is why our leaders are calling for a commitment to road and rail projects as part of a Northern Budget.

'Funding these economically important roads, as part of a collaborative and multi-modal proposal based on clear evidence of need and expected benefits, should be done now. Alongside public transport improvements and investment in decarbonisation, this will enable roads to play a sustainable role in our transport network for the future.'

The MRN schemes are:

The LLM schemes are:

TfN also has two 'early-win' MRN schemes in the pipeline. These were announced by former transport secretary Chris Grayling at Conservative Party conference in 2018, in advance of the full bidding round - the A1237 Dualling (Phase 1) through York City Council, and Grizebeck Bypass through Cumbria County Council.

As the sub-national transport body for the region, TfN submitted the proposals to the Department for Transport (DfT), though the bids were made in collaboration with its 20 local transport authority members and 50 highway authorities.

The announcement comes after Northern leaders called for a ‘Northern Budget’ in the Autumn Spending Round including £7bn to fund a Northern Infrastructure Pipeline of road and rail projects that could begin in the next five years, £39bn for the whole Northern Powerhouse Rail scheme, and £1bn for TfNfor the next three years.