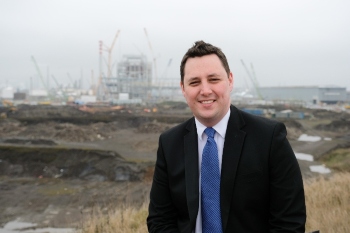 Teesside is set to become the site of the UK’s first hydrogen transport centre, the Tees Valley mayor has announced.

The centre will result in the research, development and testing of new hydrogen technologies, including for cars, buses, trains, lorries, boats and planes, and will complement the new Tees Valley Net Zero Innovation Centre.

Combined with renewable electricity, hydrogen can be produced, stored and used to generate heat and electricity without producing greenhouse gases or air pollutants.

The benefits of a strong hydrogen economy could include adding up to £7bn to the region’s economy from now until 2050, according to Tees Valley mayor Ben Houchen.

‘I am delighted that, after months of hard work and conversations with ministers, the Government has been able to announce today that Teesside will be the place for the Government’s first Hydrogen Transport Centre. This is yet more proof we are the number one place in the country for hydrogen research,’ said Mayor Houchen.

‘Hydrogen is playing a massive part in our future plans. We already produce more than 50% of the UK’s hydrogen, so by becoming the home of the National Hydrogen Transport Centre, we can properly utilise this and fully unleash our area’s potential

‘Hydrogen and Net Zero Teesside aren’t just a key part of my plan for jobs – a plan to create good quality, high skilled local jobs for local people across Teesside, Darlington and Hartlepool – but they will create the clean jobs which are essential for our future.’

‘Teesside has led the world in steel manufacturing and engineering for generations. Now we can become a trail blazer in the industries of the future,’ he added.

Transport secretary Grant Shapps commented: ‘As we continue on our road to a green recovery, we know that to really harness the power of transport to improve our country – and to set a global gold standard – we must truly embed change.

‘That’s why I’m delighted that through our plans to build back better we are embracing the power of hydrogen and the more sustainable, greener forms of transport it will bring.’