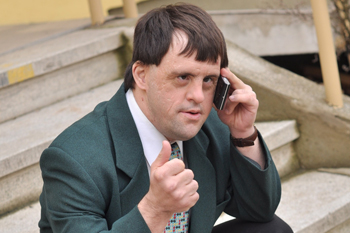 Nearly one in five people with a learning disability say they were turned away at the polling station in the recent local elections, according to a new survey.

The survey, conducted by Mencap, reveals that many people with a learning disability are being excluded from the voting process. Of those surveyed, 17% said they were turned away from the polling station because of their disability, with 60% also saying registering to vote was too hard.

Rossanna Trudgian, head of campaigns and activism for Mencap, said: ‘Not only is the system inaccessible, but politics is also plagued with discriminatory attitudes. In the recent local elections, it was reported that a councillor in Manchester said that people with a learning disability “shouldn’t be voting”.

‘If this wasn’t awful enough, almost one in five of the people who we spoke to, who did not vote in the recent local elections, were turned away from the polling station because they had a learning disability. This is unacceptable in 21st century Britain. We must urgently tackle this culture of inaccessible and discriminatory politics.’

The charity has launched a Hear my voice campaign, calling on the next government to address the discrimination faced by people with a learning disability. Mencap also says figures show that the prosecution rate for people who commit disability hate crimes is just 1%.