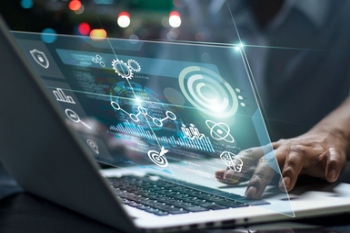 The Government today launched one of the world’s first national standard for algorithmic transparency which will impact councils that use computer algorithms to deliver services.

Local authorities use computer algorithms to help – for example – make decisions about who can claim benefits despite questions about how reliable they are.

The new standard, designed by the Cabinet Office’s Central Digital and Data Office (CDDO), aims to make the use of algorithms more transparent.

Organised into two tiers, the standard includes a short description of the algorithmic tool, including how and why it is being used, while the second includes more detailed information about how the tool works, the dataset/s that have been used to train the model and the level of human oversight.

The standard will be piloted by several Government departments and public sector bodies in the coming months. Following the piloting phase, CDDO will review the standard based on feedback gathered and seek formal endorsement from the Data Standards Authority in 2022.

‘Algorithms can be harnessed by public sector organisations to help them make fairer decisions, improve the efficiency of public services and lower the cost associated with delivery,’ said Lord Agnew, minister of state at the Cabinet Office.

‘However, they must be used in decision-making processes in a way that manages risks, upholds the highest standards of transparency and accountability, and builds clear evidence of impact.

‘I’m proud that we have today become one of the first countries in the world to publish a cross-government standard for algorithmic transparency, delivering on commitments made in the National Data Strategy and National AI Strategy, whilst setting an example for organisations across the UK.’

Adrian Weller, programme director for Artificial Intelligence at The Alan Turing Institute and member of the Centre for Data Ethics and Innovation’s Advisory Board, commented: ‘Organisations are increasingly turning to algorithms to automate or support decision-making.

‘We have a window of opportunity to put the right governance mechanisms in place as adoption increases. This is why I’m delighted to see the UK Government publish one of the world’s first national algorithmic transparency standards.

‘This is a pioneering move by the UK Government, which will not only help to build appropriate trust in the use of algorithmic decision-making by the public sector, but will also act as a lever to raise transparency standards in the private sector.’