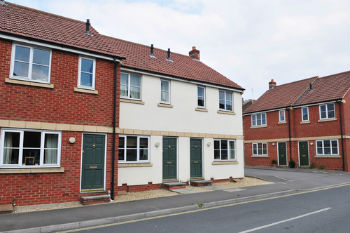 A ‘disastrous’ lack of social homes has caused a housing emergency in England, a charity has warned today.

Shelter is warning the existing provision for delivering new social homes is ‘woefully inadequate’, with funding for only one social home for every 96 households on the waiting list.

A new survey from the housing charity found only half (51%) of private renters said their home has made them feel safe during the pandemic.

More than a third (35%) live in poor conditions, with electrical hazards, pests or damp-related issues in their home.

Polly Neate, chief executive of Shelter, said: ‘After decades of decline, a dire lack of social homes means too many people, pay too much for cramped and poor-quality housing. Or worse yet,they find themselves with nowhere to live. With the stakes so high, the case for building decent social homesis clear.’

Shelter is calling for £12.2bn over the next two years to deliver 50,000 new social homes.

Cllr David Renard, Local Government Association housing spokesperson, said: 'With more than one million households on council housing waiting lists, the Spending Review needs to give councils the powers and tools to get building council homes again, which would not only help to meet the Government’s annual 300,000 housing target, but reduce homelessness, get rough sleepers off the streets and support people’s wellbeing.'

Making a holistic case for devolution

Penny Rinta-Suksi argues the Government needs to make a holistic case for devolution, and back it with legislation.

£39,880 - £42,821 per annum
Do you want to be leading the strategic development of Telford’s transport network? Telford, Shropshire
Recuriter: Telford & Wrekin Council

£31,800 - £43,000 per annum
You will be joining us at a time of change to deliver our new resourcing strategy which aims to... Kensington and Chelsea, London (Greater)
Recuriter: The Royal Borough of Kensington & Chelsea Council

£34,728 - £37,890 per annum
This is an exciting opportunity to play a central role with the Traffic Team in the improvement and maintenance of the highway network within... Oxfordshire
Recuriter: Oxfordshire County Council