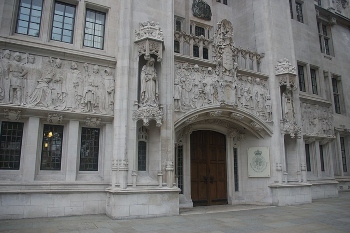 A long-running legal challenge by care workers over pay worth £400m has been rejected by the Supreme Court.

Justice Lady Arden ruled that workers should not be paid the minimum wage for hours they are asleep during sleep-in shifts.

The judgement brings to an end an uneasy four years for care providers since a 2017 tribunal ruled in favour of carer Clare Tomlinson-Blake.

Providers had feared they would face an estimated £400m bill for six years of back pay.

Although a 2018 Court of Appeal judgement reversed the 2017 ruling, the Local Government Association (LGA) had advised councils to ‘calculate their potential liability and plan accordingly’.

Chairman of the LGA’s community wellbeing board, Cllr Ian Hudspeth, said: ‘This significant ruling is in line with councils’ and social care providers’ understanding of the law.

‘Had the appeal been upheld, care providers and councils providing social care would have faced massive bills, which would have increased the huge financial pressures they are already facing.

‘As we said in our submission to the court, the LGA strongly supports care workers being paid a fair wage for their valued work.’

Matthew Wort, partner at Anthony Collins Solicitors who represented Care England, said: 'This case was not about what care workers should be paid. Instead, it focused on the interpretation of national minimum wage regulations, with the law and previous government guidance making clear that carers are not working while asleep.

'The judgement puts an end to many years of uncertainty. It should be seen as a line in the sand, with the focus now on ensuring changes are made in how workers are remunerated to ensure appropriate pay for time asleep.'

The case was backed by the Unison trade union.

General secretary Christina McAnea said: ‘No one is a winner from today’s judgement.

‘Everyone loses until the Government intervenes to mend a broken system that relies on paying skilled staff a pittance.’