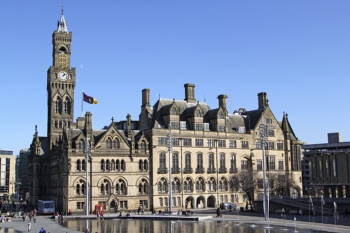 A second court case in a month has revealed serious shortcomings in how local agencies responded to allegations of abuse shortly before a child’s murder.

Her partner and Star’s mother Frankie Smith was cleared of murder but convicted of causing or allowing the child’s death.

The court heard that several relatives had voiced concerns to social services about Star’s safety.

Bradford MBC could now face losing responsibility for some services, with a commissioner due to report to education secretary Nadhim Zahawi next month on its ‘capability and capacity to improve’.

The Bradford Partnership, including the council’s interim director of children’s services, Marium Haque, acknowledged lessons must be learnt from the missed opportunities to protect Star.

'It is essential therefore that lessons are learned from Star’s terrible death so that we can better protect our children.’

The case came just days after the stepmother and father of six-year-old Arthur Labinjo-Hughes were convicted respectively of his murder and manslaughter.

That case led Mr Zahawi to order a national safeguarding review panel inquiry into Arthur’s death and a joint inspection of the local agencies in Solihull by four inspectorates, which began this week.

A Department for Education spokesperson said a local child safeguarding panel review of the circumstances around Star’s death was due to report in January, and will feed into the local and national reviews of Arthur’s death.

MPs on the House of Commons’ Education Committee have summoned Solihull Council representatives to give evidence in January.

Committee chair Robert Halfon said: ‘While the Government’s review investigates, our session will examine what went so badly wrong and what needs to urgently change - both locally and more widely - if we are to prevent such a distressing case ever happening again.’