Right to Buy will ‘grind to a halt’ without reforms, councils warn 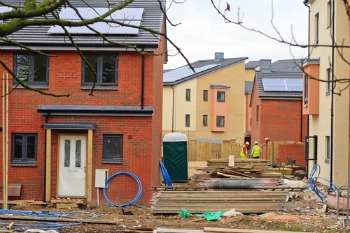 Councils can only afford to replace a third of homes sold under Right to Buy putting the future of the scheme at risk, council leaders have warned today.

The Local Government Association (LGA) said councils have been forced to sell off 54,581 homes in the past five years but have only been to start on 12,472 replacement homes.

The LGA said this has led to councils selling off enough affordable homes to house the population of a city the size of Reading, Canterbury or Oxford.

It warns the scheme will grind to a halt if local authorities are not given the financial powers to replace sold homes. The LGA is calling on the Government to allow councils to retain 100% of RTB sales receipts and have the freedom to determine locally how they implement the scheme.

Cllr Martin Tett, the LGA’s housing Spokesman, said: ‘Current RTB arrangements are restricting councils from being able to replace homes being sold under the scheme. RTB will quickly become a thing of the past in England if councils continue to be prevented from building new homes and replacing those sold.

‘If we are to stand a real chance of solving our housing shortage, councils need the funding and powers to replace any homes sold under RTB quickly and reinvest in building more of the genuine affordable homes our communities desperately need.’