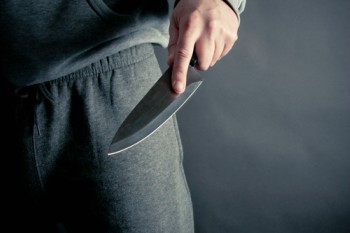 Shops are being urged to take more care in who they sell knives to as part of an effort to crack down on knife crime.

New figures show that 160 knives were sold to volunteers as young as 13 last year in trading standards test purchase operations in London, with one in nine stores and two in five online retailers making an underage sale.

The initiative encourages retailers to ‘assess-challenge-check’ the age of buyers on and offline and also provides a good practice guide and a set of online retailer training animations.

‘Knives have no place on the streets of London. It’s simply unacceptable that teenagers as young as 13 are able to buy knives – this is why it is vital that retailers comply with the law and stop knives from getting into the hands of young Londoners,’ said Sophie Linden, deputy mayor of London for policing and crime.

‘As part of the Mayor’s public health approach to reducing violence and tackling the causes of knife crime, we have been doing everything we can, together with the Metropolitan Police and London Trading Standards, to crack down on illegal knife sales to teenagers.

‘This new support for smaller shops launched today will help ensure that all retailers are following best practice by helping to train staff on the storage and sale of knives and encouraging them to speak to the police if they have any concerns.

‘Knife crime destroys communities and the only way we are going to rid our streets of these dangerous weapons is by working together to stop them getting into the hands of young people.’

Commander Mark McEwan of the Metropolitan Police said: ‘Violent crime is our number one priority and this is a great example of the MPS collaborating with our partners to help address it.

‘Prevention is key. These resources will help us to mobilise our partners in the business community to tackle the complex issue of knife crime.

‘Over the next few months our officers will be working with Trading Standards staff across London to promote the training resources and get retailers to sign up to the Responsible Retailer Agreement. We urge businesses across London to sign up and play their part in preventing violent crime.’

£36711 - £39774 per annum
The coronavirus pandemic has touched every aspect of the work councils do, and we're on the front line as the country recovers. Businesses need suppor England, London, Woolwich
Recuriter: Royal Borough of Greenwich

£20604.0 - £22664 per annum
Please note this position is to be offered on a 2 year, fixed term basis Interviews expected to be held 20/10/2020 for successfully shortlisted candid England, Essex, Braintree
Recuriter: Essex County Council

£31,869 - £38,616
This is a very exciting time to join the team as we are currently going through a major re- design of our service. London (Greater)
Recuriter: London Borough of Richmond upon Thames and London Borough of Wandsworth

£30,711 Per Annum
Do you want to make a difference to the lives of children and their families? Colindale, London (Greater)
Recuriter: Barnet London Borough Council