Record £770m to be spent on cycling in London 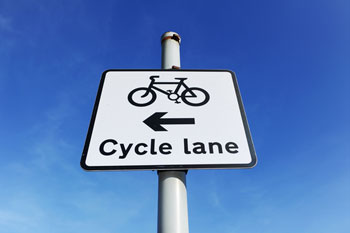 The mayor of London today announced a record £154m per year will be spent on developing cycling infrastructure over the next five years.

Sadiq Khan said the funding, which will be part of the Transport for London (TfL) draft Business Plan, would allow him to deliver his manifesto commitment to be the ‘most pro-cycling mayor London has ever had.’

He also pointed out the new cash is almost double the £79m per year spent over the last mayoral term and will help achieve the target of 1.5 million cycle journeys per day by 2025/26.

It will also go to delivering Cycle Superhighway 11 from Swiss Cottage to the West End and at least 20 more Quietway routes.

Mayor Khan also today announced he will be appointing a new walking and cycling commissioner for London.

‘I said in my manifesto that I’d be the most pro-cycling mayor London has ever had. Today I’m delighted to confirm that TfL will be spending twice as much on cycling over the next five years compared to the previous mayor,’ said Mr Khan.

‘Making cycling safe and easier can provide huge benefits for us all – improving our health, cleaning up our toxic air, and helping tackle congestion.

‘By spending £770m over the course of the next TfL Business Plan, we’ll now be spending the same per head as Denmark and the Netherlands – places famous around the world for their cycling.’

Steve Rotheram outlines how the social trading sector is thriving in Liverpool due to its unique investment and development vehicle.