Race for reorganisation gathers pace in Surrey and Somerset 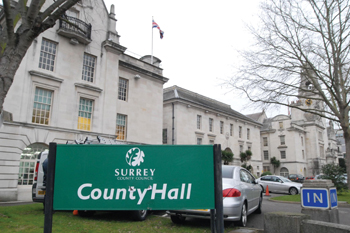 The race towards reorganisation is gaining pace more plans emerging in Somerset and Surrey.

Surrey CC has joined the raft of authorities looking at unitary proposals.

A statement from the council leader, Cllr Tim Oliver, said: ‘With increased local powers and the right structural reform for Surrey, I’m confident we will deliver better services, more value for money and a simplified and more accountable system of local government for residents.

Somerset has launched a consultation and business case for ‘One Somerset’, which would see the county and its districts scrapped in favour of a single authority after he wrote to the secretary of state at the start of the year mooting plans for a unitary.

Launching his latest bid for reorganistaion, county leader Cllr David Fothergill said: ‘The concept of district council services and county council services is confusing, cumbersome and costly. That is why so many other counties, including most of our neighbours, have switched to a single council model. We must not get left behind,’ he claimed.

For more on this story, visit The MJ.