Prepare for the 5G revolution 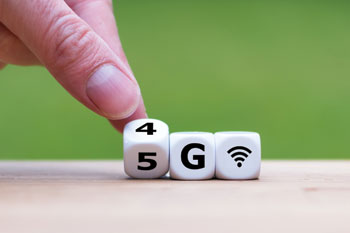 The 5G revolution is almost upon us, delivering super-fast connectivity with minimum speeds of 10-50 gigabytes per second, some ten times faster than 4G. The first 5G service launched in six cities and a further ten are expected during next year.

Apart from fast and efficient connection, 5G has the power to connect buildings, transport and services in a way not previously experienced revolutionising our public services from traffic to healthcare and transforming place-shaping.

The MJ and BT recently conducted a survey into local authority chief executives and directors to find out their views about the 5G revolution and it was clear that, although preparations are in their early stages, respondents are fully aware 5G is imminent. Although almost half, 40%, said they had no idea when to expect 5G in their area a further 38% thought it would be within the next two years.

Over half of respondents, 56%, said their senior management teams had yet to formally discuss the impact of 5G on their authority though such discussions are imminent; almost a third of respondents expected them in the six months and 38% within the next year. A quarter said such discussions will take place only when 5G arrives in their area. Respondents felt frontline services were most likely to feel the impact of 5G. Of the 44% of respondents who said their senior management teams have already been discussing the impact of 5G on their authorities, a majority felt the council departments most affected would be IT, environmental services, regeneration and housing and social services.

Respondents were asked to tick boxes against departments on a sliding scale of 1-10 with 10 being ‘most affected’ and one the least. A third gave a score of 10 to IT and another third a high eight or nine. Environmental services also came out as a department likely to be heavily affected by 5G with 73% giving a score of 8-10 while for social services 57% of respondents also put down a score of between 8-10.

Almost two-thirds gave regeneration and housing and almost half gave highways a high 8-10 regarding them as likely to be heavily affected by 5G. Corporate services was about halfway with 37% giving a score of five, while the finance department was low down the list.

Respondents were asked to name specific services likely to be affected by 5G. Top of the list were adult social care, children’s services and education. Using the same sliding scale of one to 10 with 10 being ‘most affected’, over half (55%) gave adult care scores of 8-10, and 44% gave children services 8-10. Highways and parking came out high with 46% giving 8-10 of which 24% gave 10 while half gave schools a score of 8-10.

Respondents were less convinced that libraries, refuse and cleansing or even revenues and benefits and member services would be drastically affected by 5G though 39% gave emergency planning a score of 8-10.

When it came to what parts of the community were likely to benefit from 5G, respondents named schools, small businesses and start-ups as well as bigger companies, hospitals, GP practices, utilities but not high street retailers. Using the same scale of 1-10 with 10 being ‘most affected,’ an overwhelming three-quarters gave scores of 8-10 for local businesses, big and small but only 26% for high street retailers.

Respondents had mixed views about the quality of their current broadband access. Half said it was ‘pretty efficient’ and 10% very efficient but 20% thought ‘it could be better’ and 20% thought it ‘patchy.’ One rural respondent said 5G ‘seems like something of a faraway dream that only the cities will get.’