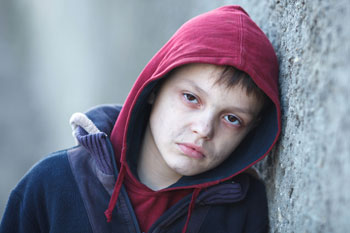 A ‘record high’ of more than half of the people in poverty are in working households, shocking new research reveals.

The Joseph Rowntree Foundation (JRF) has published its annual state-of- the-nation report which found 13.5 million people - 21% of the UK’s population - are living in poverty.

Produced by the research group the New Policy Institute, the report discovered one in every eight workers in the UK - 3.8 million people - is now living in poverty.

A total of 7.4 million people, including 2.6 million children, are in poverty despite being in a working family, the researchers found, which means 55% of people in poverty are in working households.

‘The UK economy is not working for low-income families,’ said Helen Barnard, head of analysis at JRF.

‘The economy has been growing since 2010 but during this time high rents, low wages and cuts to working-age benefits mean that many families, including working households, have actually seen their risk of poverty grow.’

‘This report shows that people on low-incomes cannot rely on economic growth and rising employment alone to improve their financial prospects,’ she continued.

‘Families who are just about managing urgently need action to drive up real-term wages, provide more genuinely affordable homes and fill the gap caused by cuts to Universal Credit, which will cost a working family of four almost £1,000 per year.’